Seized Drugs Could be Missing 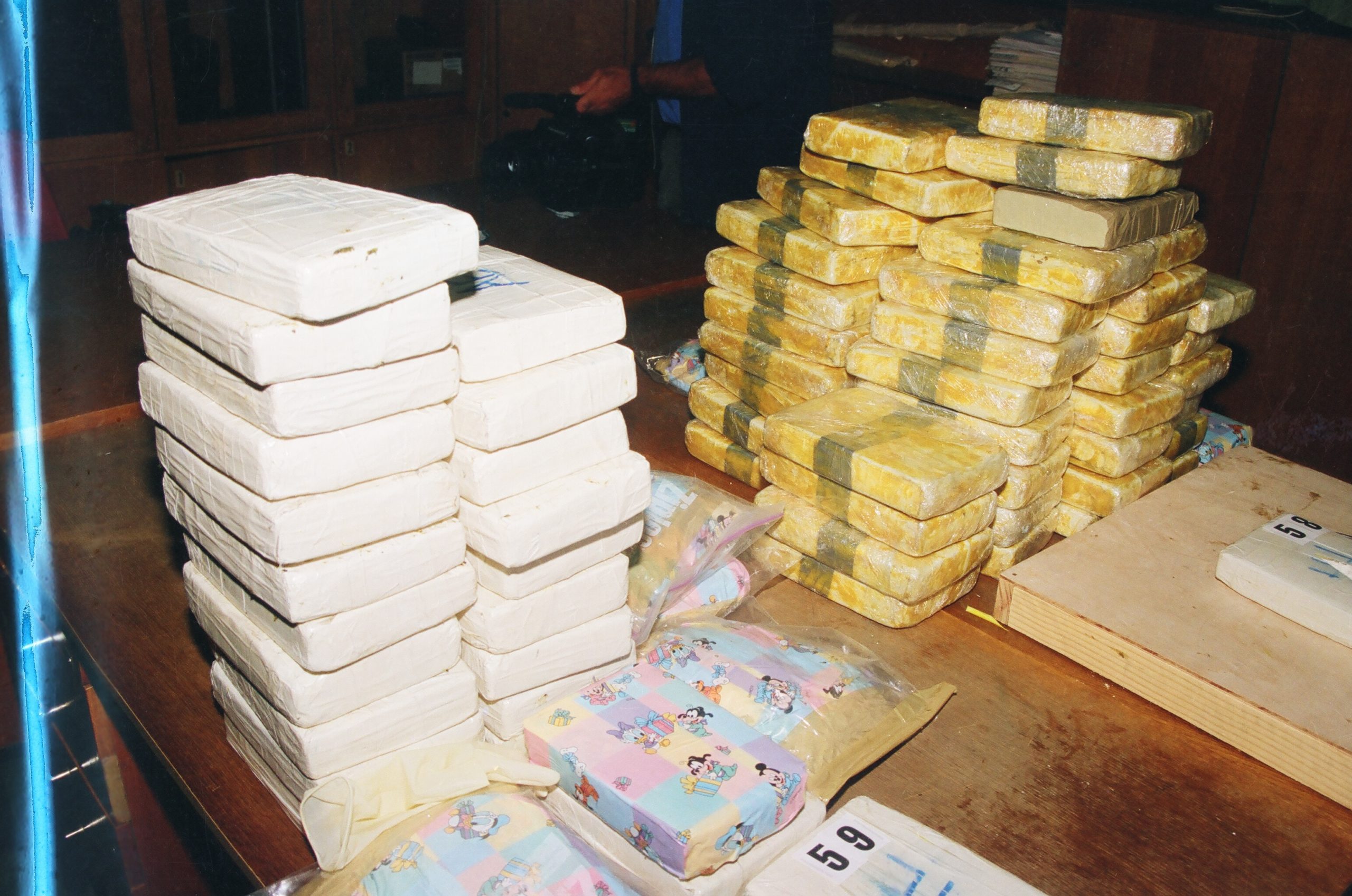 Some of the drugs seized by police may be missing and it is possible that corrupt officials may have even resold them onto the streets of Bosnia and Herzegovina (BiH).

No one knows for certain because the justice system doesn’t have a tracking system for seized drugs and officials often don’t know how much is stored in their offices or whether any of it is missing.

To complicate matters, drugs are rarely destroyed in BiH because the Council of Ministers only recently appointed the Commission for the Prevention and Suppression of the Abuse of Narcotic Drugs after a delay of two years. The Council has yet to come up with state level procedures and no group exists to oversee drug disposal.

Parliament mandated these steps when it passed the BiH Law on the Prevention and Suppression of the Abuse of Narcotic Drugs. Lacking such procedures, most law enforcement agencies have stopped destroying illegal drugs.

As a result, tens of millions of KM worth of drugs are piling up in basements, desk drawers, closets, safes and evidence rooms in dozens of police stations, courts and prosecutor’s offices throughout BiH.

Reporters from the Center for Investigative Reporting in Sarajevo (CIN) found no unified, transparent and efficient procedure for tracking seized drugs.

Džemal Murga, inspector for the Narcotics Department of the Sarajevo Canton Ministry of the Interior (KS MUP), says that it would take years to compile a final and precise figure of the amount of seized drugs stored in Sarajevo Canton alone. Murga said police would have to look through all of their evidence logs over a number of years and then match them with records of previous disposals.

Although he admits that theoretically abuses are possible, Murga points out that he knows of no cases of drugs being stolen from police storage.

Besides the Sarajevo Canton MUP, there are 12 more MUP jurisdictions, the BiH Border Police, the BiH Indirect Taxation Authority and the State Investigation and Protection Agency (SIPA). During investigations and trials, drugs may be stored in dozens of prosecutor’s offices and courts as evidence.

Often, law enforcement fails to weigh all the packages when they inventory them. This makes it impossible to know whether any is missing.

Brian Donley, SIPA’s advisor from the European Union Police Mission (EUPM) agrees that oversight is lacking. He said that there is definitely a possibility that seized drugs have been winding up on the streets.

‘There is no one in BiH who can tell you how much drugs are in the custody of the government and where those drugs are’ said Donley. Donley said theft from police storage is not uncommon in other countries so it’s likely to be happening here as well.

When CIN reporters asked court officials about their policies, officials from Trebinje said in a letter that ‘the Basic Court in Trebinje lacks rooms even for its regular activities, let alone storage for seized narcotics.’

There are also holes in the system. When police find drugs but no suspect, they file a criminal report against ‘Unknown.’ Drugs are only kept by police if they are needed as evidence. In the absence of an arrest, prosecution and court case, no one needs the drugs and police store them for eventual disposal.

The poor handling of drugs makes many believe that there is abuse in the system, among them Milana Škipina, the acting head of the Department for the Prevention of Drug and Precursors Abuse at the BiH Ministry of Security and one of the leaders of the new Commission.

‘Drugs don’t get registered and [police] simply say: this is from this or that case. Soon after the case is forgotten and the drugs disappear’ said Škipina.

Škipina remembers visiting one court office where she stumbled upon a large amount of marijuana packed in a cardboard box. The box had been left sitting in the court’s corridor.

While there are no documented cases of police or prosecutors stealing drugs, the poor handling of drugs and their inadequate documentation was an issue in the case of Travnik Police Inspectors Mersudin Grabus, 33, and Niko Papić, 45.

The two were investigated by the Federation of BiH (FBiH) MUP for being involved in the drug trade after prosecutors were approached by a dealer named Mahir Filipović who said he obtained one kilogram of marijuana from Grabus and Papić. The dealer complained the two were forcing him to sell the drugs for them. FBiH MUP police set up a sting operation and had the dealer approach Grabus with marked money and a request for more drugs. Police said Grabus accepted 1,000 KM and told Filipović where he could find another kilogram of marijuana.

When police arrested the pair and searched their shared office in 2002, police found large amounts of drugs in a locked cabinet and in their desks.

Police filed a report cataloging 70 drug-related items found in the office, including about 1.5 kilograms of a marijuana-like substance and 300 grams of powder similar to heroin or cocaine. The two officers said the items were drugs that they and their predecessor had seized. But records at the police station were so poor that it was unclear which cases the drugs came from and whether anything was missing.

The verdict concluded: ‘It is obvious that seized drugs were not registered in the prescribed way and that this was a common practice, making Grabus and Papić no different from other inspectors. So in the end, the prosecutor dropped the charges.’

In one case, a former inspector said he left 38 marijuana plants with documentation in a locked closet, but police found 77 marijuana plants there in addition to a 0.5 kilogram bag of marijuana that was not documented at all. A cleaning lady also had a key to the drug filled closet — she stored her cleaning supplies there.

Eventually, the pair was convicted of dealing drugs acquired in ‘some undetermined way’ the verdict said.

Grabus and Papić maintain they are being framed by dealers because they were the most effective cops at removing drug dealers from the streets. Grabus admitted meeting with Filipović, whom he used as an informant, but said the drugs were not in his car and the marked money was planted in his car by the dealer.

The inspectors claim someone ‘powerful’ removed reports they had submitted against Filipović and other dealers who were testifying against them. Filipović meanwhile is serving a jail sentence for possession of heroin.

The problems even stretch to the most modern and best equipped court in the country: the Court of BiH.

The court has a very poor inventory of the amount of drugs it has received and nobody at the court weighs the drugs.

When CIN asked them how much drugs they had in storage, court officials responded that they had about 80 kilograms of marijuana, nearly 9.9 kilograms of cocaine and nearly 8.5 kilograms of heroin.

They also had three plastic bags of heroin and 199 packages of marijuana that have never been weighed according to the court letter sent to CIN earlier this year.

CIN then checked drug related court cases and found seven involving over 76 kilograms of heroin. In one verdict alone, dated February 2006, the Court of BiH sentenced Jasmin Pačariz to five years in prison and Zlatan Subašić to one year in prison for dealing drugs in a case that involved nearly 39 kilograms of heroin.

During an interview, Snježana Komadan, who is in charge of coordination among record-keepers in charge of seized drugs, explained that the disparity must be due to errors in calculation and conversions from grams into kilograms.

In the registry, CIN reporters checked a log kept by court officials of confiscated property. The handwritten list itemizes not only seized drugs but items like firearms, cell phones, documents, and money. However, the log is inconsistent, sometimes listing the amount of drugs by weight and sometimes by the number of packages. Many of the handwritten entries are difficult to read even for the clerks who had originally made them.

After two months of discussion with the court, it is still not clear to CIN or Court of BiH officials how much drugs are stored in the Court of BiH and whether any is missing.

The BiH Law on the Prevention and Suppression of the Abuse of Narcotic Drugs that went into effect in February of 2006 has yet to be implemented. The BiH Ministry of Security, one of the ministries involved in implementing the law, established the Department for Drugs and Precursors Abuse a year after the Law was adopted.

Today there are only two people working in this department although the acting head, Milana Škipina, hoped to add more soon. In its first year of existence, the department has achieved a lot, she said.

Škipina also said they have created a database of all drug-related misdemeanor and felony charges, as well as convictions against citizens.

Škipina said they will soon finish a strategy and action plan to combat drugs that is now two years late. Once the plan is finished a rulebook on drug disposal can be written and police can finally start destroying drugs in storage.

The destruction of drugs using earlier procedures is illegal, but that did not stop the Republika Srpska police from destroying smaller quantities of seized drugs – mostly marijuana – during 2007. The police of Una-Sana Canton have done the same.

The BiH Ministry of Security said the strategy will be completed soon, but in the meantime all government agencies must take full responsibility for securing drugs in their custody.