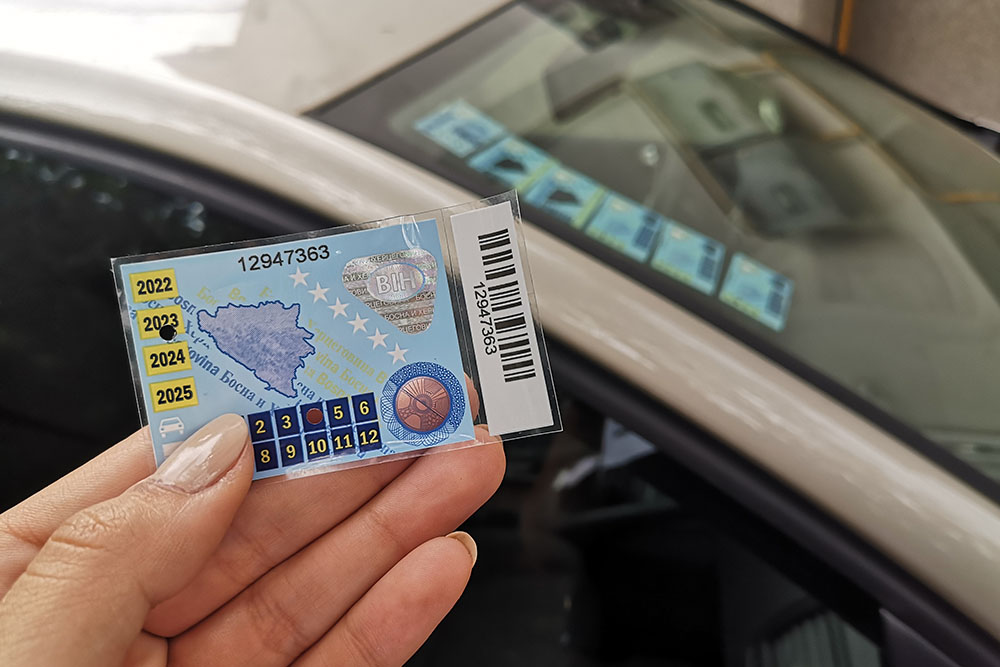 From the beginning of September, drivers in Bosnia and Herzegovina will be paying nine BAM – nearly twice the price they used to pay – for the stickers indicating the validity period of the registration.

Until now, these funds were paid into the budget of BiH, but under the new Rulebook on Vehicle Registration from the beginning of September, drives might be paying this fee to a private company, the so-called professional institution with which the Ministry of Transport and Communications will conclude a contract.

In this case, that company would collect at least BAM 10 million per year from drivers.

Associates of Minister Vojin Mitrović claim he signed the amendments to the registration rules in violation of the relevant laws and established procedures.

“I had no idea that the Rulebook was being worked on. Not a clue”, said Igor Pejić, secretary of the Ministry of Transport and Communications of Bosnia and Herzegovina (BiH) to CIN journalists.

The Rulebook should come into force on September 1, 2022.

“I found out about the text of the Rulebook that was published in the Official Gazette of Bosnia and Herzegovina only after it was signed, and I sent a letter to the minister informing him that I would request an audit by the Administrative Inspection”, said Deputy Minister of Transport and Communications Nedžad Branković.

Branković claims he repeatedly warned Minister Mitrović that the new rulebook contradicts: the Law on Basic Safety of Road Traffic in Bosnia and Herzegovina, the Law on Agency for identification documents, records, and data exchange of BiH, and the Law on Administration, but Mitrović did not react.

The minister did not want to talk to CIN journalists.

An average of 1.2 million vehicles are registered annually in Bosnia and Herzegovina. Each vehicle receives a sticker upon registration, which since 2009 has cost BAM 5.00. Thus, the budget of Bosnia and Herzegovina received about six million BAM every year, which were distributed to the competent institutions for manpower, equipment, and other expenses of issuing documents for vehicle registration.

The new rulebook did not prescribe the purpose for which the funds from the stickers would be used.

The Agency for Identification Documents, Records, and Data Exchange (IDDEEA) is responsible for the procurement of stickers and has already procured supplies for the next four years.

The Agency holds that the new provision foreseeing the contracting of a private company is unlawful because only institutions with a public mandate can perform administrative and professional tasks issuing from the Ministry’s competence, and this matter can be regulated only by law.

“In this particular case, the Ministry has been trying to regulate the sticker business with the provisions of the rulebook, which is an act of lower ranking”, said the Agency, warning the Ministry that the rulebook that allows for the contracting of a private company for this kind of work would be inapplicable and unlawful.

However, the Ministry did not respond to the letters and ignored their opinion on the adoption of the Rulebook.

According to Deputy Minister Branković, the opinions of other competent authorities on the Draft Rulebook were ignored, namely those of the Foreign Trade Chamber of BiH, the Ministry of Internal Affairs of Republika Srpska, the FBiH Ministry of Transport and Communications, and the cantonal ministries of the interior.

Ministries of the interior of Republika Srpska, Sarajevo Canton, Una-Sana, Tuzla, Zapadno-Herzegovina, and Zenica-Doboj Cantons too pointed to the unlawfulness of the Rulebook’s provision authorizing a private company to issue and activate stickers.

CIN already reported on the levies that are being introduced to BiH drivers, which have increased the profits of sole traders. CIN revealed that by introducing the new cost of eco-test, the FBiH minister of transport Denis Lasić circumvented the legal rules and procedures and thus enabled vehicle inspection centers and private companies supervising the work of such centers to augment their profits. Among them are companies owned by members of the party to which this minister belongs.

In four years, vehicle owners in the Federation of BiH paid at least BAM 74 million for the ECO tests, of which the largest part i.e., BAM 72.5 million ended up in the hands of sole traders. Only BAM 1.5 million have been paid to budgets of the Entities and cantons, the spending of which remains unknown.

Following the publication of CIN’s report, the Office for Audit of Institutions in the Federation of BiH made a recommendation to the FBiH Ministry of Transport and Communications to reconsider the price of the ECO test, but so far this has not happened.