The Cantonal Court in Mostar has revoked the building permit for the small hydropower plant “Zlate” on the river Doljanci owned by Mirza Teletović. 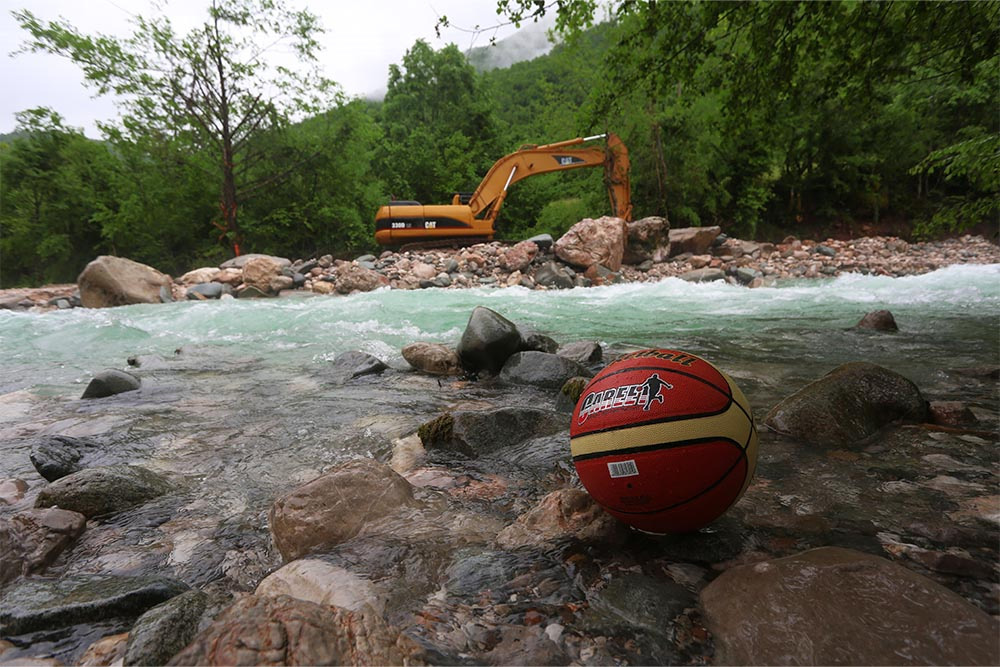 The Cantonal Court in Mostar revoked the building permit issued by the Ministry of Construction and Physical Planning of Herzegovina-Neretva Canton to the company Eko-Vat owned by the former basketball player Mirza Teletović for the construction of a mini-hydropower plant (SHPP) “Zlate”.

By the same verdict, the Court ruled that the residents of Jablanica should have been allowed to participate in the process of issuing the necessary permits for Teletović’s SHPP, but this right was denied to them by the Jablanica Municipality.

In the reasoning of the verdict, judge Neri Mišetić held that preventing the public from taking an active part in the permitting process and expressing their view on the construction of the SHPP constituted a violation of the rules of administrative procedure. The competent permitting authorities were obliged to provide the opportunity to the citizens to express their opinion, which is why they will have to repeat the process.

As explained, the judge also took into account the verdict of the Cantonal Court in Sarajevo revoking the environmental permit, which is an integral part and precondition for issuing a building permit.

In the summer of 2021, the Cantonal Court in Sarajevo revoked the environmental permit for SHPP “Zlate” issued by the Ministry of Environment and Tourism of the Federation of BiH. In its reasoning, the Court explained that the Ministry during the process of issuing the environmental permit did not comply with the legal procedure on public consultations stipulated in the FBiH law.

Environmental Permit for Teletović’s SHPP Revoked by Court
The Sarajevo Canton Court upheld a lawsuit against the FBiH Ministry of Environment and Tourism for issuing an environmental permit for the small hydropower plant to former basketball player Mirza Teletović.

The Ministry was required to provide the locals and the public with an Environmental Impact Study in order to inform them about the potential hazards that the construction of such a facility could cause.

On that occasion, judge Aida Šabanović also challenged the application of the Environmental Impact Study because the recommendations of the EIA Study Evaluation Commission requesting the additional explanation of protection measures in case of terminated operations of the Plant, significant differences between the concept design and main design and compliance with the legal regulations applicable to the protected area of Nature Park Blidinje were not complied with.

“At the moment, there is no valid permit for the plant to operate, hence FERK is in a way obliged to revoke its operating permit because the facility is illegal. And there are also competent courts that can ban its operation pending the completion of the repeated process”, says Dženan Šašić from the Association “Za Doljanku” [For Doljanka].

At the end of 2019, the Center for Investigative Journalism (CIN) wrote about the institutions that issued the permits to the company Eko-Vat without organizing a public convention to obtain the consent of the locals.

Citizens Wronged on the Doljanka River
Government institutions issued permits for the construction of a small hydro plant Zlate. Local residents say that they had no say, even though regulations and conventions guarantee their rights in the matter.

More than 200 locals signed a petition against the construction, but the Municipality of Jablanica rejected the petition and issued the necessary permits to Eko-Vat. In an interview with CIN, the executive director of “Aarhus Center in BiH”, an environmental protection organization, said that these omissions constitute a violation of the articles of Aarhus Convention on Access to Information, Public Participation in Decision-making and Access to Justice in Environmental Matters, which BiH as a signatory country is obliged to respect.

Speaking to CIN reporters, Teletović said the investment in the mini-hydro power plant was not for profit but to build other projects for Jablanica.