Trial and Charges For Election Fraud in Brčko

Vote traders Elvir Saletović and Sanel Pengić stand a trial before the court in Brčko, while charges have been brought against candidates Pejo Mendeš and Mato Gluhaković. 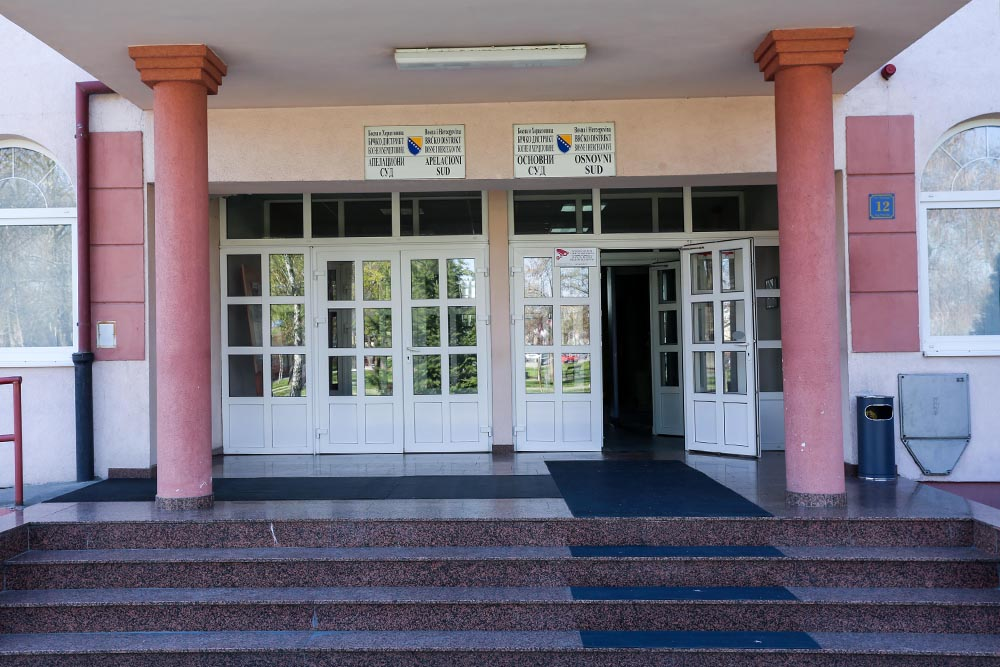 The Brčko Basic Court commenced the trial against Elvir Saletović and Sanel Pengić, both accused of planning, associating, and organizing at least five people for vote trading in the 2020 local elections.

The candidate in the last local elections, Abdulah Iljazović, and two inspectors from the Brčko District Police who took part in the arrest of Saletović and Pengić during the money-drop for vote-buying testified in court. Prosecutor Vladimir Tepavčević confirmed to CIN that the prosecution will present additional evidence at the next hearing, including a recording of the money drop.

“I believe we have solid evidence which, in our opinion, should lead to a conviction”, said prosecutor Tepavčević.

Pengić and Saletović are charged with violating the freedom of choice of voters, which is an offense punishable by a fine or term of imprisonment of up to three years.

Their vote-selling network was exposed by CIN journalists a few days before the election. Posing as party activists, the journalists arranged a meeting between Saletović and Pengić and the candidate of the party Narod i pravda [People and Justice Party], Abdulah Iljazović, to agree on the purchase of 130 votes for BAM 6,500.

At the meeting, which was attended by a CIN journalist along with Iljazović, it was agreed that he should first bring BAM 1,300 in banknotes in denominations of 10 marks each. Voters who Saletović and Pengić found in Brčko should have received one banknote each, which they would photograph next to the rounded ballot and send to traders as proof of the work being done.

As agreed, a few days later, Iljazović handed over the money, and two days before the elections, he brought the remaining BAM 5,200. On the day of the handover of the second installment, Saletović and Pengić were arrested and remanded in custody. Lists with the names of voters and money were found with Saletović.

Pejo Mendeš and Mato Gluhaković were recently indicted for plotting an election fraud in Brčko. The indictment describes how they obtained other people’s identification documents to fraudulently vote on their behalf for Mendeš, the then-candidate of the Hrvatska seljačka stranka (HSS – Croat Peasant Party) for the Brčko District Assembly.

Gluhaković and Mendeš photographed the documents and without the knowledge of those persons submitted them to the Central Election Commission of BiH (CIKBIH) as an application form for voting outside BiH.

During the investigation, CIN journalists found that Mendeš tried to secure votes for himself also through a fellow citizen Jasmin Ravkić. In mid-2020, Ravkić was sentenced to three months in prison for illegal logging, and Mendeš promised to commute his prison sentence to community service, just as he had previously done to his cousin Raif Ravkić. The deal was that Jasmin should obtain ID data from his neighbors and immediate family members, which Mendeš could then abuse in the upcoming elections for absentee voting. His party would register fake voters to vote by mail from Serbia and Croatia to receive empty ballots, but the ballots would never reach the registered addresses abroad, but the party’s headquarters.

“I was present there with him and Pejo Mendeš when they talked about it. He said to Pejo: ‘Try to help and I will collect you 50 ID cards for the vote.’ Do you understand?”, said Raif Ravkić to CIN reporters at the time.

Three months before the 2020 local elections, Jasmin Ravkić fraudulently obtained the ID numbers of at least 20 neighbors, including his own parents. He told them that he needed their ID data because he was collecting signatures for a petition to convert his prison sentence into community service. To help him, they gladly did what he asked of them, not knowing that their data will end up on the voter lists for absentee voting.

The Basic Court in the Brčko District has confirmed the indictment charging Mendeš and Gluhaković with plotting the criminal offense of accepting reward or another form of benefit for illegal interceding, which is punishable by a minimum term of imprisonment of three years.