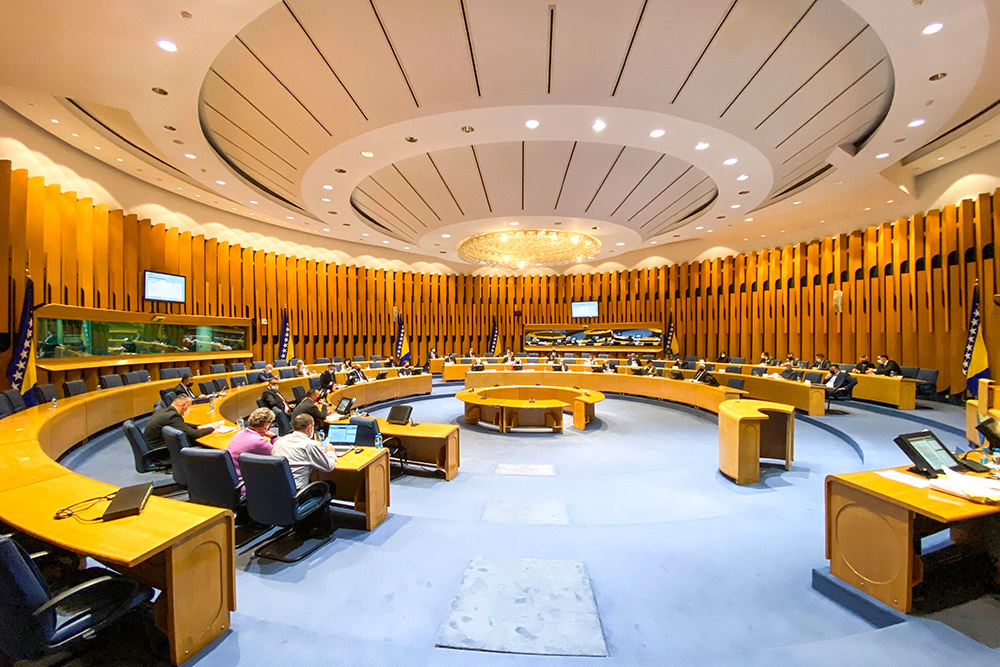 The severance pay paid to politicians upon their retirement could be cut three-fold. This proposal was supported by the deputies in the House of Representatives of the Parliamentary Assembly of Bosnia and Herzegovina (PABiH), but its adoption requires support from the delegates in the House of Peoples. This was confirmed by Damir Arnaut, a representative of Naša stranka (NS) [Our Party], who proposed the amendment.

The retirement severance is an equivalent to six average salaries and is paid to help workers transition to retirement after the decades of service. Due to high average salaries – around BAM 4,800 – nearly BAM 30,000 is set aside for the severance pay of one elected and appointed official in state institutions.

As explained by Arnaut, the unjustifiably high severance pay is completely disproportionate to the economic and social situation in BiH.

Arnaut proposed amendments to the law limiting the severance pay to 12 average net salaries from the previous year so that the maximum amount of severance pay would be BAM 10,728.

Dragan Čović, Bakir Izetbegović, Mirko Šarović, Dragan Mektić, Lazar Prodanović, and Nikola Špirić have exercised their right to severance pay in March 2022. Having collected severance pay, they resumed their work in the PABiH. They are also allowed to receive a pension.

Arnaut calculated that at least 17 elected and appointed officials serving the term from 2018 to 2022 will meet the conditions for retirement, and thus for fabulous severance pay.

“If Nikola Špirić could change the laws himself – the law would be changed,” he told on N1 television.

Nikola Špirić Says One Thing and Does Another

CIN wrote earlier about nearly BAM 440,000 in severance being paid to 15 officials of the Parliament, Council of Ministers, and the BiH Presidency in 11 years. Most of them resumed their work after they received the severance packages.

Former member of the Presidency of BiH, Nebojša Radmanović was paid the most money. In 2014, he received a severance package of BAM 34,130. Thereafter he continued working, first as a delegate in the House of Peoples and then as a representative in the House of Representatives. By the end of February this year, he earned more than BAM 480,000.

Unlike officials in BiH institutions, employees in the entities are not entitled to such material security because there are no general collective agreements in the entities that would give them the right to severance pay upon retirement. The regulations in force are less favorable and treat the severance pay differently in the Federation of BiH and RS.