Nikola Špirić Says One Thing and Does Another

Six state MPs who qualified for high pension severance pay had the opportunity during their terms to change the law that allows them this perk. Nikola Špirić, Lazar Prodanović and Dragan Čović voted against. 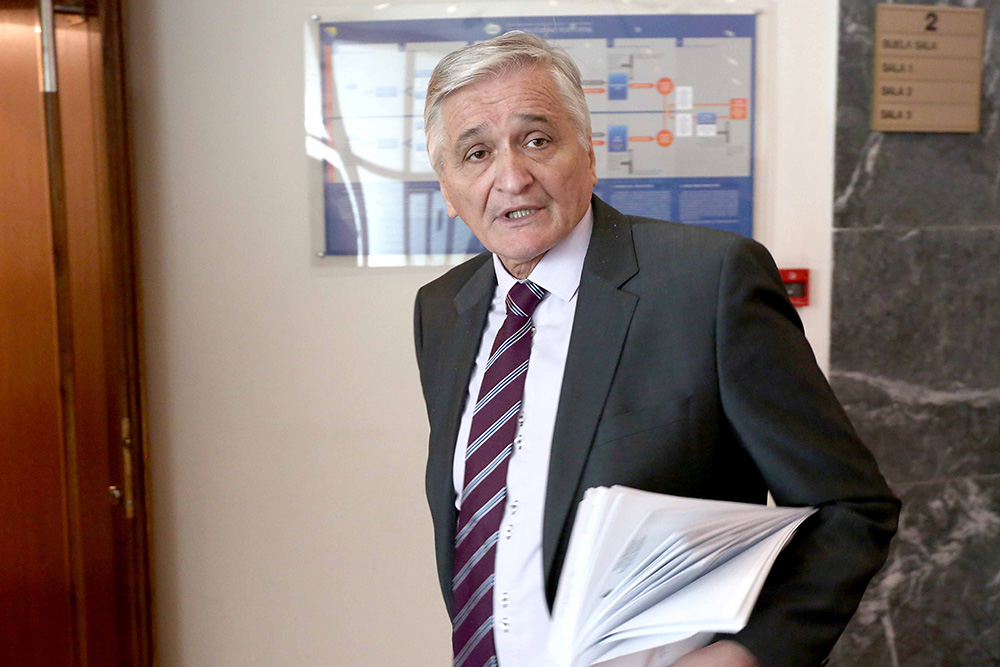 In March this year, Nikola Špirić, a delegate in the House of Peoples of the Parliamentary Assembly of Bosnia and Herzegovina (BiH) from the Savez nezavisnih socijaldemokrata (Alliance of Independent Social Democrats – SNSD), qualified for retirement and thus for a BAM 30,000 retirement severance pay. He says that he would change the law that allows high severance pay for MPs if he had the opportunity.

“If Nikola Špirić could change the laws himself, the law would be changed,” he said during an interview at N1 television. However, he has not been honest. Indeed, he had the opportunity to do it several times, but he always voted against it.

In 2020, the delegates of the BiH House of Peoples voted on the amendments to the Law on Salaries and Compensations in BiH Institutions that would reduce the severance pay from BAM 30,000 to some BAM 12,000.

Along with Špririć, delegates Lazar Prodanović from the SNSD and Dragan Čović, the president of the HDZ BiH, who this March qualified for the pension severance pay, voted against this proposal. With their three votes, the severance pay for MPs could have been reduced.

Severance packages for hardworking retirees
Six state MPs have acquired the right to the compensation to be paid upon retirement, but they will continue working and receiving a salary because the regulations allow them to receive both the salary and the pension at the same time.

In addition to them, three other politicians qualified for the pension severance pay of nearly BAM 30,000 following their retirement: delegate Bakir Izetbegović, president of the SDA, Dragan Mektić from the SDS, and Mirko Šarović, president of SDS.

The retirement severance, an equivalent of six net salaries, is paid to help workers transition to retirement after decades of service. Due to high average salaries (about BAM 4,800), nearly BAM 174,000 was allocated for the retirement severance pay of the six delegates and representatives. After they receive the severance, six of them can apply for permanent employee status in the BiH Parliamentary Assembly, as their colleagues did before them.

Retirement Severance as Pocket Money for Officials
During the past decade, almost BAM 440 thousand was paid as retirement severance to fifteen BiH politicians in three state institutions. However, most of them continued working and receiving salaries in addition to their retirement benefits.

The proponent of the amendments, Damir Arnautović from Naša Stranka, says that the purpose of the severance pay is to facilitate the transition of a worker from salary to pension.

“We are talking here about people who do not transition at all. On the contrary, they receive a huge salary, collect fabulous severance pay, and the next day they resume their employment. They not only continue to receive huge salaries, but they also collect an above-average pension,” said Arnaut.

Arnaut says he will put the law out for vote for the fifth time, and it will soon be presented to the House of Peoples, so Špirić would have the opportunity to vote again.

As a delegate in the House of Peoples, Špirić has a monthly income of around BAM 6,100, which includes a salary, meal allowance, living-away-from-home allowance, and a flat rate.

Šprić is one of the richest delegates in the State Parliament. In the 2018 asset declaration, in addition to the inherited house, an apartment, and business space, which he estimated at a total of BAM 350,000, he also reported the bank account worth of BAM 752,000.