Nikola Špirić, 53, chairman of Bosnia-Herzegovina Council of Ministers, holds a PhD in economics and a lot of property, but he has kept his assets away from the public eye.

As a candidate on October 2006 election, Špirić filled out his obligatory assets card for public information with the Central Election Commission (CIK).

It was a modest list—a car and an apartment in BiH. Unspecified were the size of the apartment, where it was located or what kind of car he had. In the income section of the assets card, he reported a salary and fees, but did not give their values.

Then, in December of 2006, Špirić had to declare his assets on a form that is kept confidential.

That declaration, obtained by the Center for Investigative Reporting in Sarajevo (CIN) shows a lot more possessions than his modest public declaration indicates.

This declaration is a key document that each candidate is required to submit before taking a post in the Council of Ministers. Such declarations are confidential, but they are subject to review by the State Investigation and Protection Agency (SIPA) and, as opposed to the publicly accessible report filed with the CIK, it is subject to criminal responsibility in case information is omitted or misrepresented. When Špirić enumerated his property on the document subject to SIPA review, it showed a portrait of a man with a lot of money and property.

On that assets declaration, Špirić reported savings of €378,300 and 18,140 KM. As the main source of this income, he listed his honorariums and the interest on his savings. 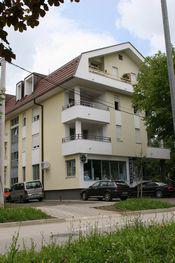 He listed his monthly salary at the time as 3,600 KM, which he broke down into a base salary of 2,359 KM, a fee for being a member of Parliament of 840 KM and an allowance for living away from home while in office of 400 KM.

He reported that his son is listed as the owner of the Belgrade apartment.

His car, he reported, was an Audi A6 and listed his wife’s car as an Audi A3.

Sarajevo Municipal Court registry records show another apartment under his and his wife’s (Nada) name, this one in Sarajevo, of 55 square meters on Olimpijska street in the Mojmilo neighborhood.

CIN has obtained documents that show that Špirić also owns three garages in Banja Luka, one of 7 square meters, another of 9 square meters and the third of 15 square meters.

Špirić‘s office was sent a request from the Center for Investigative Reporting in Sarajevo (CIN) for in interview into how he had come by his wealth and a chance to explain why he filed such different assets cards.

In a curt reply from the chairman’s office, CIN was informed that the prime minister was not available for an interview and that all the information regarding his assets is available to the public.

‘The chairman’s asset declaration can be found on the web page of the BiH Central Election Commission’ read the reply.

That information is correct, but there is no explanation on the Commission’s web page of why he excluded three apartments, a vehicle and large savings from the official assets card.

His stance contrasts with the one he adopted when he was an opposition member of the parliament, when he showed much more transparency and openness to public — and less affluence. When he filled out his assets declaration in 2002, he disclosed a lot more than he did later, in 2006. Špirić declared t2001 earnings of 26,536 KM, and honorariums of 105,648 KM and 600 KM.

At that time, Špirić also declared an apartment in Sarajevo and land and a part of family house in Drvar.

The Prime Minister in 2002 reported that his wife owned an apartment as well as a part of family house in Tuzla, €26,580 in savings and old (pre-war) foreign currency savings of 35,000 KM.

Between 2002 and 2006, judging from the assets declarations filed, he came into possession of an apartment in Banja Luka, an apartment in Novi Sad and an apartment in Belgrade that is listed in the ownership of his son. He also bought another car and managed to save a couple of hundred thousand euros as well.

From Professor to Politician

His road to wealth began with academic studies and continued through politics. He graduated from a Sarajevo high school which specifies in electronics in 1975. Four years later he graduated and in 1982 got his M.A. from the Sarajevo School of Economics. In 1999, Špirić got his Ph. D. at the School of Economics in what was then Srpsko Sarajevo. 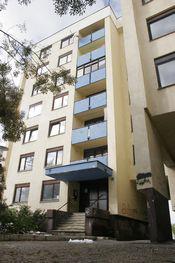 He is married and father of two, daughter Jovana and son Aleksandar.

He became active in politics in 1993 and has changed parties. He is now a member of Milorad Dodik’s Alliance of Independent Social Democrats (SNSD).

Between 1999 and 2002 he was a delegate and chairman of the House of Peoples of BiH Parliament. Between 2002 and 2006 he was a chairman and a vice-chairman in the BiH House of Representatives.

While on his business visits to, among other cities, New York, Shanghai, Brussels, Amsterdam and Budapest, in 2008 Špirić claimed 6,572 KM in per-diems. In 2007, he got 3,555 KM of per-diems. He did not charge per-diems for in-country travel.

Špirić’s four-year term as the chairman of BiH Council of Ministers expires in 2010.