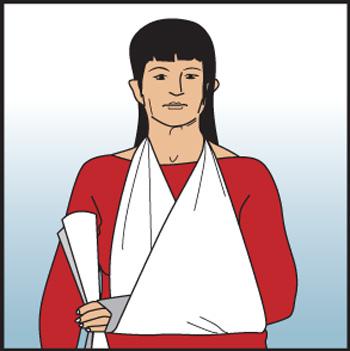 Dušanka Mihajlović from Mlječanice shot and wounded her husband in 1992.

During yet another of their ongoing arguments, her husband Vlado grabbed her hair and hit her with an axe handle. She wrestled free, and with him following, yelling that he was going to kill her, she made it into the house where she grabbed a rifle and fired into his stomach.

That wasn’t the end of her troubles. Because of their three young children, Mihajlović was not sent to prison right away. For the next 13 years she remained home, where she says, her husband threatened her, brought home other women and forced her to sleep in a shed.

She finally began serving a 15-month prison term at the Kula Correctional Facility last fall. When she is released in January she has no property in her own name to go to and her children are on their own, two of them out of the country. For now, she said, nobody is beating her in prison and she’s even gained a little weight.

Bosnian authorities and activists do not agree on what causes these kinds of extreme family problems. Without certainty about its causes, finding solutions for domestic violence is difficult.

Some activists and social workers believe the stress of poverty fans tensions within families into overt violence.

‘When there is no money, there is no love and then begin bickering, fights’ said Ranko Mastilović, director of the Center for Social Work in Gacko. This may be especially true in traditional and religious cultures like Bosnia-Herzegovina’s. In a patriarchal society, Mastilović said, “Everybody knows who is the boss in the house.

The Mihajlovićs met in Austria in 1975 where both were guest workers and married. As he wanted, she quit working to care for their home and three children. She said she had repeated abortions to avoid more children.

They returned to BiH and built a house in Banja near Bosanska Dubica. But the beatings that began just months after they married, she said, never stopped. Relatives and friends told her to hang on, things would get better. She endured, she said, until she grabbed that gun. It was self-defense but she said she also fired because ‘I simply could not endure it anymore.’

Family violence may erupt, experts say, because treatment and support for family members with mental and psychological defects is so difficult to secure. Those problems can create tremendous strains on families.

Željko Zec from Novi Grad is serving five years for the murder of his mentally ill mother on New Year’s Day 2005. He cannot recall what happened exactly, he said, but the verdict in the case says he beat the woman to death with his fists and a broom handle.

Before that day, Zec said, ‘I turned for help to every institution there is.’ He could not find a clinic or center that could treat her or help him. No one had the authority, he said, or the money or room for her. When his mother threw fits he would take her to a hospital in Prijedor.

‘They would keep her there for four, five days, but then she would return home in worse condition than before. Hygiene was catastrophic. She would even come back with lice’ he said.

A connection between education and domestic violence is disputed. While it is thought that abusers tend to be uneducated, examples of abuse by educated men abound.

Srbac native Đorđo Tutnjilović, a graduate of the Zagreb College of Textile Engineering is serving an 11-year sentence after killing his wife Mirjana in 2000.

Court records show that in a fight with her, he got a 2-kilo hammer from the garage and struck her multiple times until she was dead. He then drove to the Sava River, loaded her body on a boat and threw it overboard away from shore.

Besides lack of education, Azra Hadžajlić-Dedović, a professor at the Sarajevo School of Criminology, lists other main causes of family violence in BiH: unliberated women and the importance here of religions that grant men a superior position over women.

Violence within families is not openly or easily talked about for those same reasons, she said.

‘Nobody wants to talk about domestic violence here’ he said. ‘Victims don’t report it and if there are complaints, which are rare, then it is initiated by neighbors.’

Mara Radovanović, a lawyer and vice president of the Bijeljina non-governmental organization ‘Lara’ that fights for women in abuse cases, said family violence is itself the cause of domestic violence in the future.

‘If the father is violent and beats the mother, sons who grow up in such families will get the message that it is a normal behavior’ Radovanović said. ‘He will copy his father’s pattern of behavior and later, when he has his own family, he will be violent…Similarly, if the girl grows up in a family in which a mother is a victim of violence and she takes it without complaining, then that girl will usually find a person to marry, who will also be a violator, and she will be a victim and put up with that violence. Those behaviors are inherited from family…’

Rade Gagović, deputy warden at Foča Prison, said he has seen the evidence that the children of abusers grow up to become abusers themselves.

Josip Marinčić, for example, is serving 11 years in Foča for murdering his baby son Amadeo.

Court records state that Marinčić hit the 3-month-old baby in the head with a clenched fist, intending to kill him. The father said he cannot remember. Every day he reads the graphic verdict issued against him, trying to ‘make it fit inside my head.’

Marinčić‘s father left before he was born. His mother abandoned him soon after giving birth to him, the first of six children. He grew up staying with his grandmother, then a foster mother, then went into a Zenica orphanage. He ended up jobless, homeless, living in a Roma settlement in Kiseljak before the murder and now prison.

Dušanka Mihajlović doesn’t think about how she came to shoot her husband. To her, it seems like fate.

She doesn’t see her older daughter Milanka anymore. ‘I heard’ she said, that her husband is molesting her and does not let her speak with me.