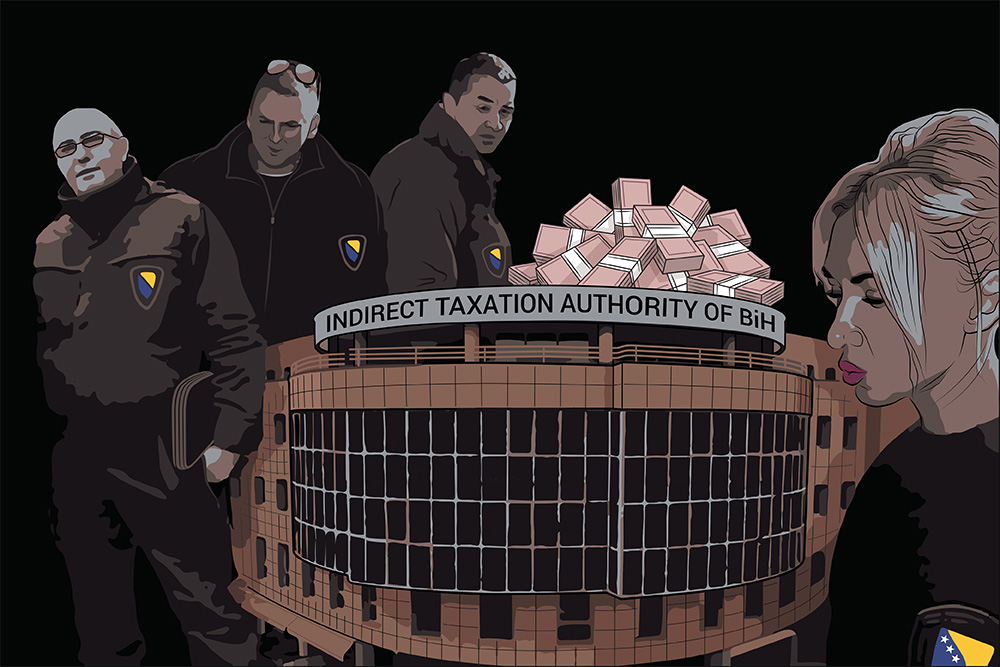 Inspectors of the State Investigation and Protection Agency (SIPA) are investigating allegations of corrupt inspectors from the ITA Anti-Smuggling Group racketeering shopkeepers. Following the order of the Court of BiH, the inspectors for the past two days have been reviewing and seizing documents from this institution on the grounds of suspected criminal acts of abuse of position and receiving gifts.

Last year, the Center for Investigative Reporting (CIN) discovered that the head of this group, Jelena Majstorović, and inspectors Radenko Popović, Stevo Savić, and Vladimir Puzić, during 2017 and 2018, blackmailed the shop owners found in an infringement, asking them of bribe in return for not confiscating their goods. They’ve been taking money from shopkeepers while allowing them in return to resume their old practice or charging them some minor fines.

Shopkeepers throughout BiH who were caught in an infringement have been paying bribes of several hundred to several thousand marks.

The Boss and Her “Blackshirt” Mob

In an earlier investigation of these abuses, the SIPA found these inspectors to have used their position at least ten times to extort money from shopkeepers, and in at least four cases they illegally confiscated jewelry worth more than BAM 200,000.

“At the same time, they kept part of the confiscated jewelry for themselves by issuing several confiscation certificates indicating smaller than real quantities”, as indicated in the SIPA report. The shopkeepers claim that almost half of the seized jewelry is missing.

”Upon entering the shops, they demanded that we turn off the video surveillance, they searched private premises, bags, and personal belongings without a court order, and confiscated the goods they found, thus violating the procedures”, shopkeepers describe the unprofessional conduct of the ITA inspectors.