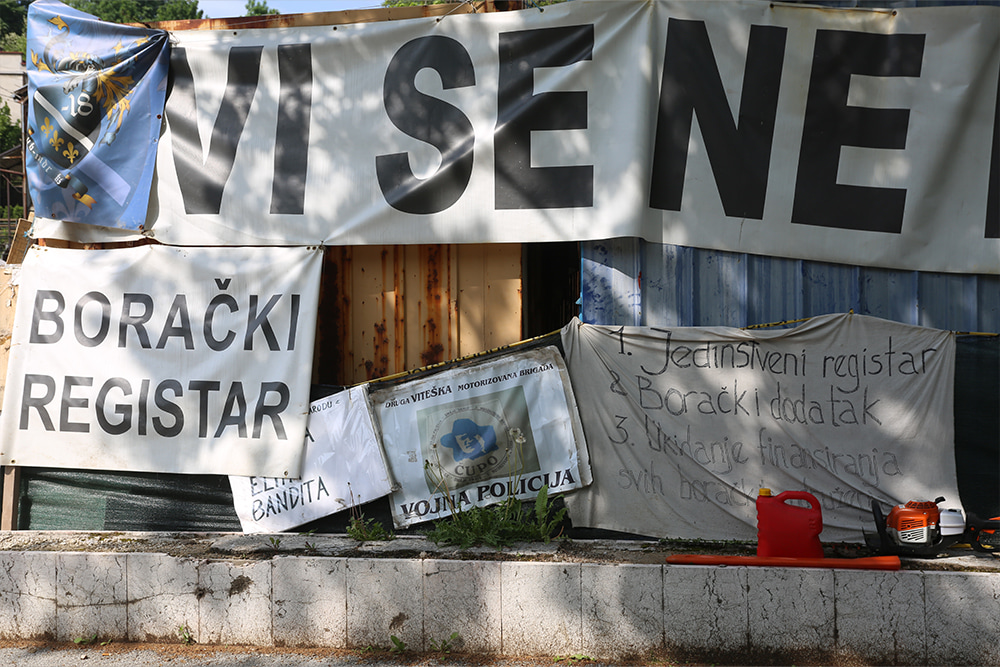 The FBiH Ministry For Issues Of The Veterans And Disabled Veterans Of The Defensive-Liberation War refuses to provide journalists with reports on the spending of more than two million marks allocated to veterans’ co-ops.

The Ministry made this decision even though the Sarajevo Cantonal Court in June 2022 ruled that such a decision was illegal, and ordered them to reconsider the request of the Center for Investigative Reporting (CIN).

CIN journalists asked for these, as well as other data on the financing of veterans’ cooperatives in June 2021. The Ministry declined their request under the pretext that such reports contain personal data and that sharing them would be contrary to the Law on the Protection of Personal Data of Bosnia and Herzegovina.

Under the FBiH Freedom of Access to Information Act, information under the control of a public body is a public good and any individual or legal entity has the right to access information to the maximum extent possible, hence CIN turned to the Cantonal Court in Sarajevo with a lawsuit against the Ministry.

The BiH Agency for the Protection of Personal Data in several of its opinions explained that payments from the public budget cannot be denied under the pretext of personal data protection.

The Cantonal Court quashed the decision of the Ministry and ordered that the CIN’s request be reconsidered. Despite Court’s decision, the FBiH Ministry rendered the same decision and once again declined the request under the same pretext – it contains personal data such as names, identification numbers, and place of residence.

According to information provided by the Ministry, three cooperatives returned the allocated funds, and in 2020 the Ministry initiated a chargeback procedure but did not specify against which cooperatives. They also indicated that in the past three years no funds were allocated to veterans’ cooperatives.

According to data from the 2020 Audit report for this Ministry, about two million BAM were paid to veterans’ cooperatives in the earlier period, and these funds were received by 124 beneficiaries.

The Commission suggested that a letter be sent to the users who spent BAM 339,000 for the wrong purpose, with instructions for a refund. During the year, the Ministry turned to the FBiH Attorney’s Office to initiate a lawsuit against the beneficiaries who did not justify the received allocations.

After that, 16 cooperatives received a notice of the obligation to submit reports on dedicated spending, and another 18 were sent a declaration on unilateral termination of contracts and instruction to return the funds to the Treasury within 30 days.

16 users submitted reports and additional evidence of dedicated spending, while only three users returned a total of BAM 54,000. By the end of the audit, these reports were not checked nor were the beneficiaries with whom the contract was terminated sued.

Back in 2018, CIN journalists discovered veterans’ cooperatives that were spending the money they received from the Ministry for the wrong purpose. Among the beneficiaries were municipal councilors, leaders of veterans’ associations, as well as relatives of individual members of the Incentives Commission.

CIN created a database of incentives paid to cooperatives and their members in the period from 2014 to 2018. In addition to the FBiH Ministry for issues of the veterans and disabled veterans of the defensive-liberation war, the incentives to veteran co-ops were paid also by the Ministry of Veterans’ Affairs of Sarajevo Canton and the Ministry of Veterans’ Affairs of Herzegovina-Neretva Canton.

The database contains data on over five million marks paid in incentives. The money was paid to 69 cooperatives, 125 cooperative members – individuals, and the Veterans’ Cooperative Association of FBiH.

Other cantons, Brčko district, and Republika Srpska did not pay incentives to cooperatives during that period.