Dust from Gacko coal-fired power plant destroys local crops every year. It will go on like this until the power plant reduces its emissions of harmful particles.

Bosnia and Herzegovina (BiH), one of the European Energy Community (EEC) member countries, pledged to start implementing 2013 directives to reduce harmful emissions from large combustion plants and industrial operators. This year, the experts drafted a National Emission Reduction Plan (NERP) that must be first adopted by the entity governments and then by the state one, before becoming operational.

Nine fossil fueled power plants and three industrial facilities in BiH emitted last year 273,577 tons of sulfur dioxide, 20,511 tons of nitrite oxide and 2,252 tons of dust, which is 11 times more than the European standards. The plan calls for reduction of the harmful emissions down to the European levels by 2027.

According to the calculation of the representatives of the NERP’s working groups, it will cost 641 million KM to build facilities for reduction of gases and dust particles, waste management and other costs in the plan’s implementation.

For now, the idea is to take a loan that would pay for the plan, but the representatives of the power utilities count also on the state’s help. The plan’s implementation will inevitably increase the cost of electricity.

Four coal-fired power plants built between 1956 and 1988 produce electrical energy in BiH. At the time of their building, the reduction of pollution was only addressed through building higher chimneys to spew ash high into the air to be blown out as far away from towns.

The coal-fired power plants generate on average 9,000 gigawatt hours of electrical energy a year, meeting the needs of nearly two thirds of the total annual consumption in BiH. This operation requires around ten million tons of coal. During combustion the plants’ smoke stacks release into air sulfur dioxide, nitrogen oxide, dust and other harmful particles. When airborne the particles spread across the country and beyond, causing acid rains that are harmful to soil, forests and plants. Also, during the industrial process, poisonous water is dumped into local rivers, while tailing and ash are deposited in the nearby settlements.

According to the World Health Organization this leads to a number of health issues including the damage of lungs and respiratory system; the increased risk of developing a cancer; having a stroke or heart failure.

According to the FBiH Institute for Public Health, increase in air pollution resulted in higher incidence of obstructive lung disease – from 152 to 178 persons per 10,000 inhabitants. In 2012, there were 9,374 persons suffering from pulmonary diseases in Republika Srpska (RS), while this number stands to increase for over 2,000 during the following two years.

Reporters from the Center for Investigative Reporting in Sarajevo (CIN) have seen for themselves the hard conditions in which the residents of seven villages live near the coal-fired power plants in Tuzla, Ugljevik and Gacko.

The villages of Srđevići, Muhovići, Bašići and Drugovići are located nearby the Gacko plant’s tailings deposits. Locals, such as the Bašićs, have lived here from herding and farming for generations. The plant went into operation 32 years ago not far away from their house. The production increased the municipality’s economic well-being, but it also increased environmental degradation.

Faim Bašić says that 11 inhabitants live in the village. He told CIN he could not use most of his land because the wind scatters ash and other particles from deposits over his crops. “There’s cabbage – we did not pick it. It will all stay like this…As it was folding, so the particles folded within (leaves) and it started rotting,” said Bašić.

Residents of the neighboring village Srđevići have the same problems. Ljubica Kovačević said they could only use potatoes and onions. “Green vegetables such as common bean, lettuce, cabbage – none of it can be used because they are covered in dust,” said Kovačević.

The residents of the villages do not know if the vegetables they eat are healthy, but they are forced to plant them on this land because they say that it’s difficult to sell an estate near a mine.

Coal-fired power plants’ representatives are aware of the pollution they produce, but are trying to downplay their responsibility by saying that no quality research on the pollution environmental impact has been done. Measuring stations show the levels of pollution without discriminating what comes exclusively from the power stations. Last year, the air quality reading in Gacko showed a mean level of sulfur-dioxide in air to be 81 microgram per cubic meter – the cap value according to the RS Air Pollution Control Ordinance should not exceed 50.

“If a reading of sulfur-dioxide is above the cap at that measuring station, than its to do with the local school’s heating boiler,” says Dragan Jeremić, a development coordinator in the Gacko plant.

As a member of Energy Community, BiH has an obligation to reduce its carbon emissions. In 2005, the EU member countries and eight South-East European countries established the EEC in order to create the largest energy market in the world.

Every member country that wants to comply with the EEC directives needs to change its regulations, develop renewable energy and reduce harmful emissions from large combustion plants.

BiH opted for the last option.

At the end of last year, EEC’s Secretariat issued policy guidelines on how to draft NERPs. In Feb. 2015, the working groups were staffed with the representatives from the plants, utilities and Natron Hayat, the only factory to reduce its emissions.

The groups drafted NERP calculating the emission ceilings for each year with regard to sulfur dioxide, nitrite oxide and dust particles until 2027. The plan gives the power utilities discretion to decide when each power plant will start reducing its emissions.

The Federation of BiH government approved the national plan. Until the end of the year, the RS government and the BiH Council of Ministers should follow suite. Once it gets submitted, the EEC Secretariat will put it on agenda next year. The EC does not foresees penalties for not passing the plan within the deadline, but noncompliance could mean losing the option of gradual emission reduction offered by NERP.

If the EC’s Secretariat approves the Plan, BiH should secure funds by the end of 2017 to build facilities for emission reduction.

The Tuzla power plant is going to decrease the number of working hours of one of its generators until it pulls the plug on it in 2023. The Ugljevik power plant plans to invest in desulfurization.

The Kakanj power plant reduced the emissions of dust but the volumes of two other poluters – nitrite oxide and sulfur dioxide – are not in compliance with the EU standards. Acting director Hasan Čaušević said that the amount of these gases will be reduced by 2021 the latest, when a flue-gas desulfurization facility is being put to use.

According to Jeremić, Gacko will first put in filters to decrease the emissions of nitrite oxide, while desulfurization will be addressed by 2023.

For villagers waiting for cleaner air is unacceptable. “Only survivors shall know – that they’ve done it right,” says Faim Bašić.

The costs of emission reduction, waste storage and a significant increase in the cost of energy are projected at 641 million KM. The money will most probably come from a loan. The Ugljevik power plant already took a 181 million KM loan from the Japanese Investment Bank for a desulfurization plant.

The members of working groups with whom CIN talked said that the plan’s implementation will lead to increased energy prices.

“Everywhere in the world where this has been implemented the price rose between 25 and 30 percent because you have the investment costs, and later you have the operational costs,” said Čaušević.

Maksim Skoko, the RS Power Utility’s executive director for technical issues, said that the increase in electricity prices will mean that the local utilities will lose their competitive edge. “We will have electricity from our coal-fired power plants that is ecologically clean, more or less,” says Skoko. “But the question here is if we are going to have energy from our power stations at all if we are not going to be competitive at the open energy market.” 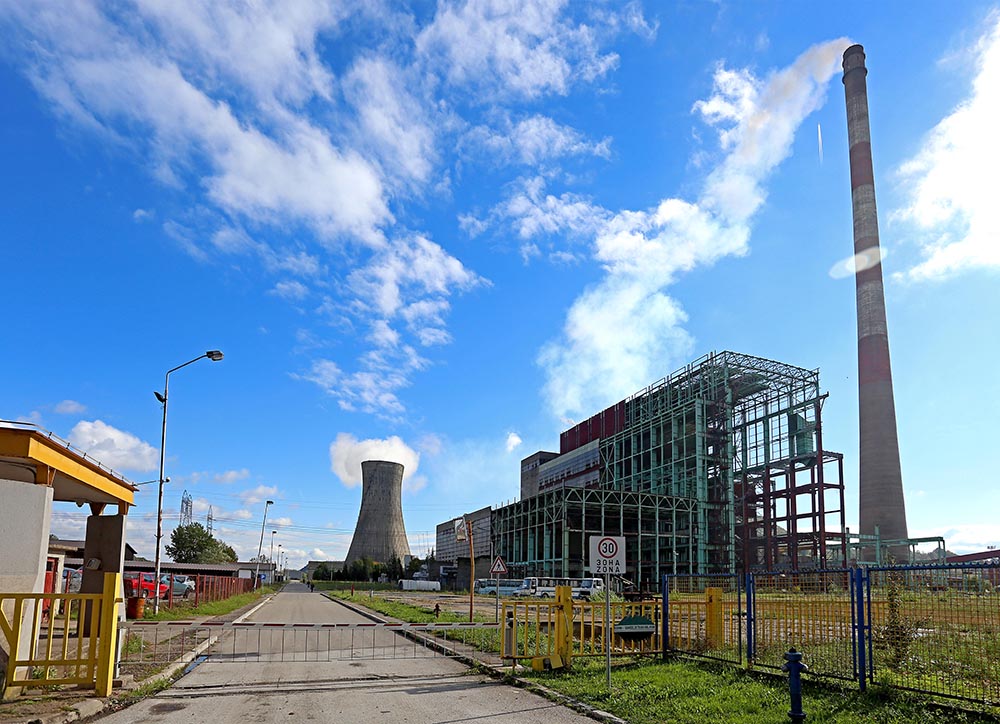 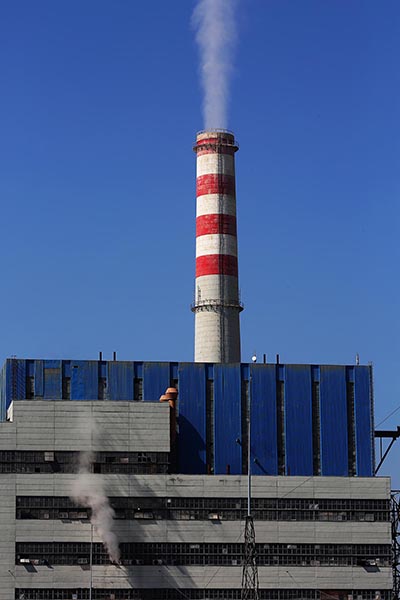 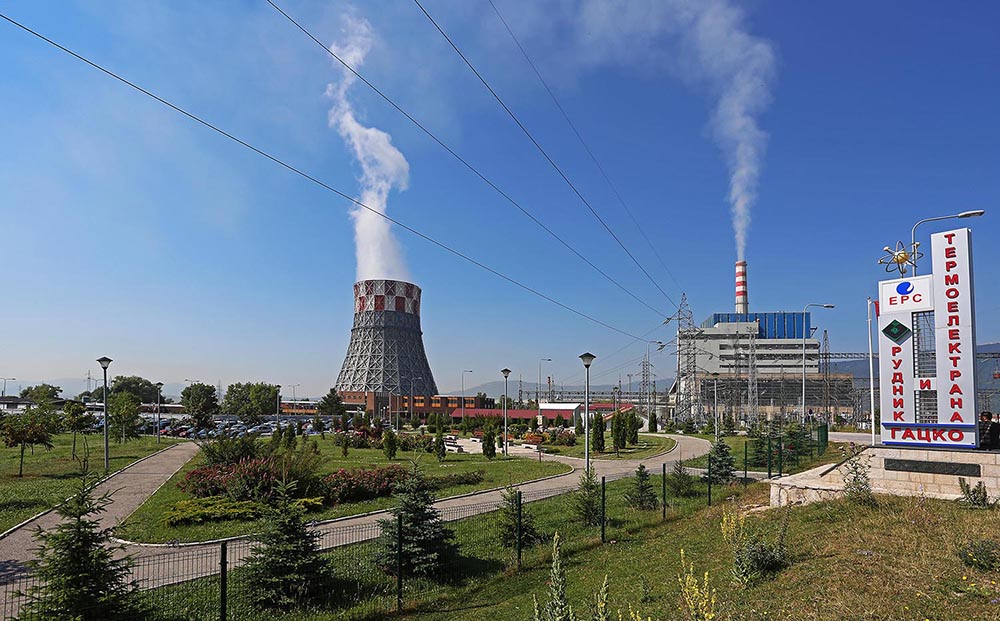 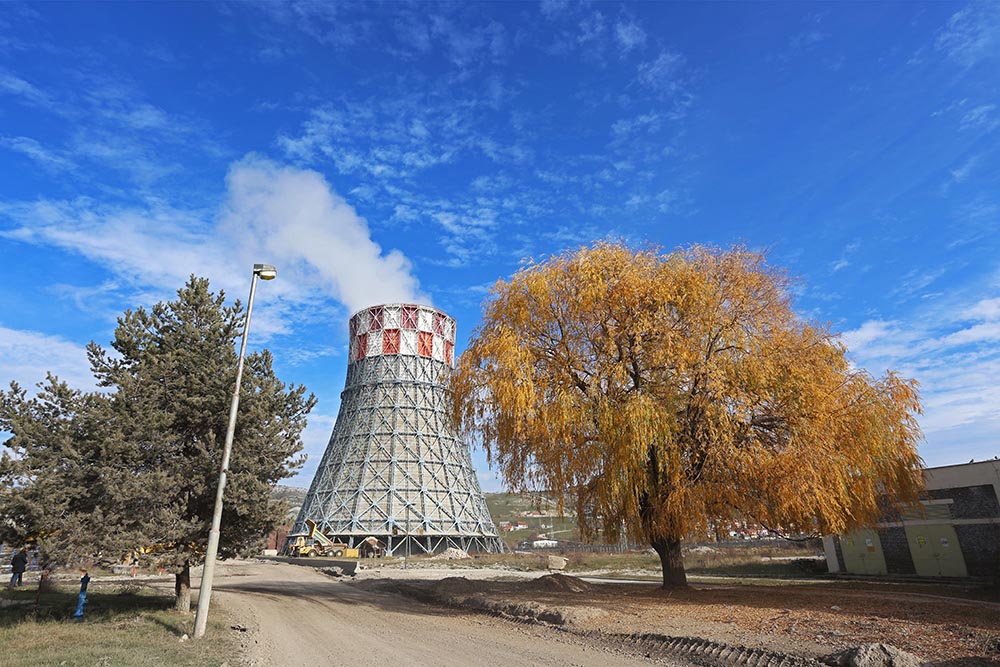 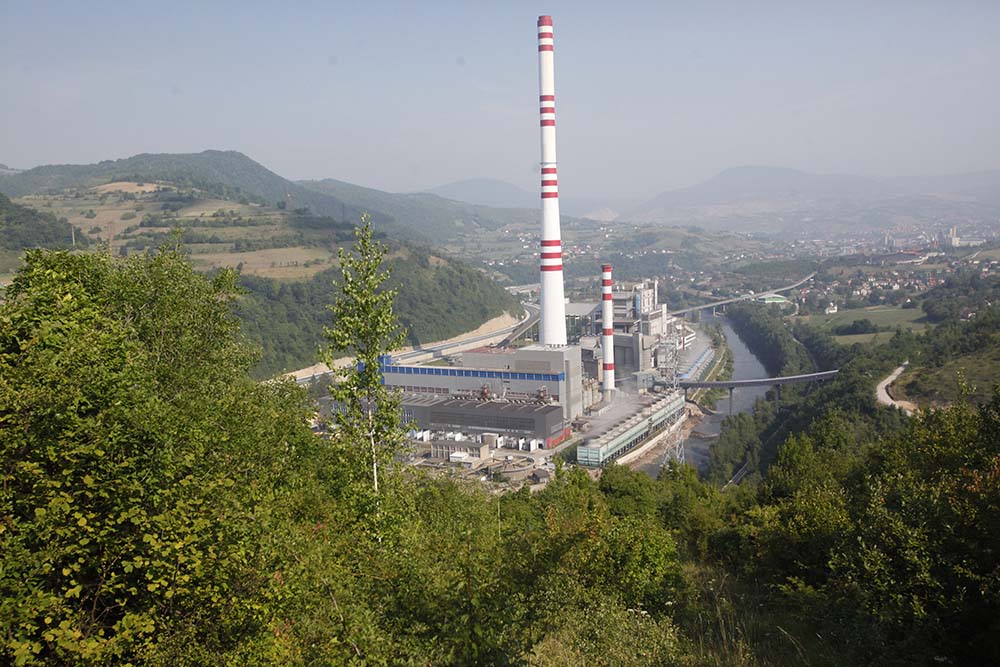 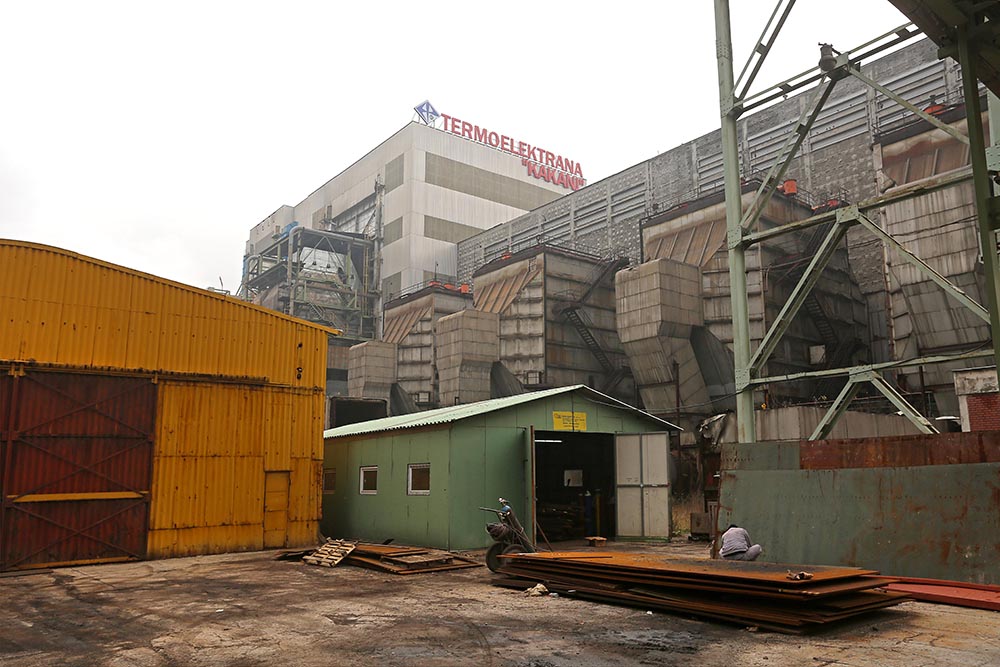 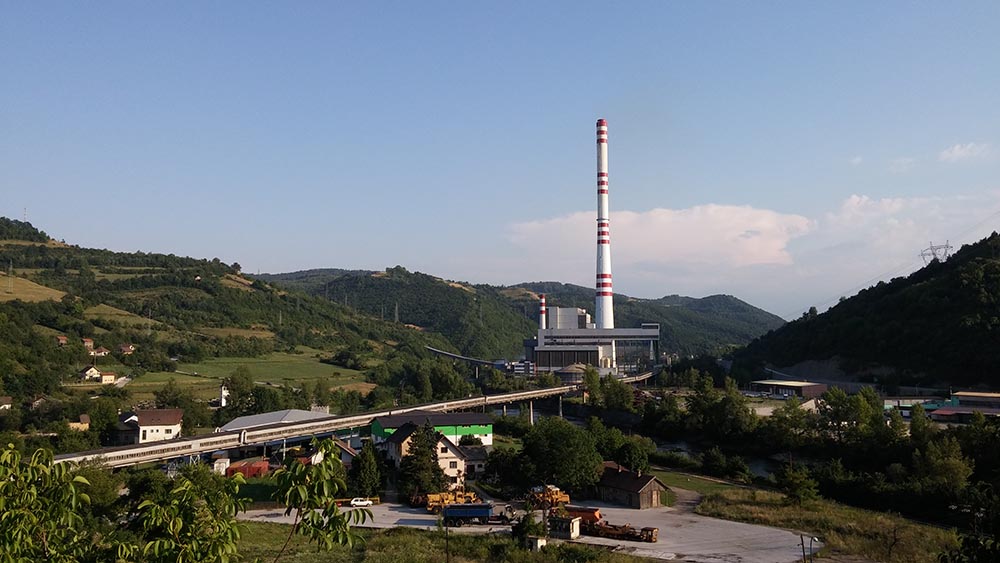 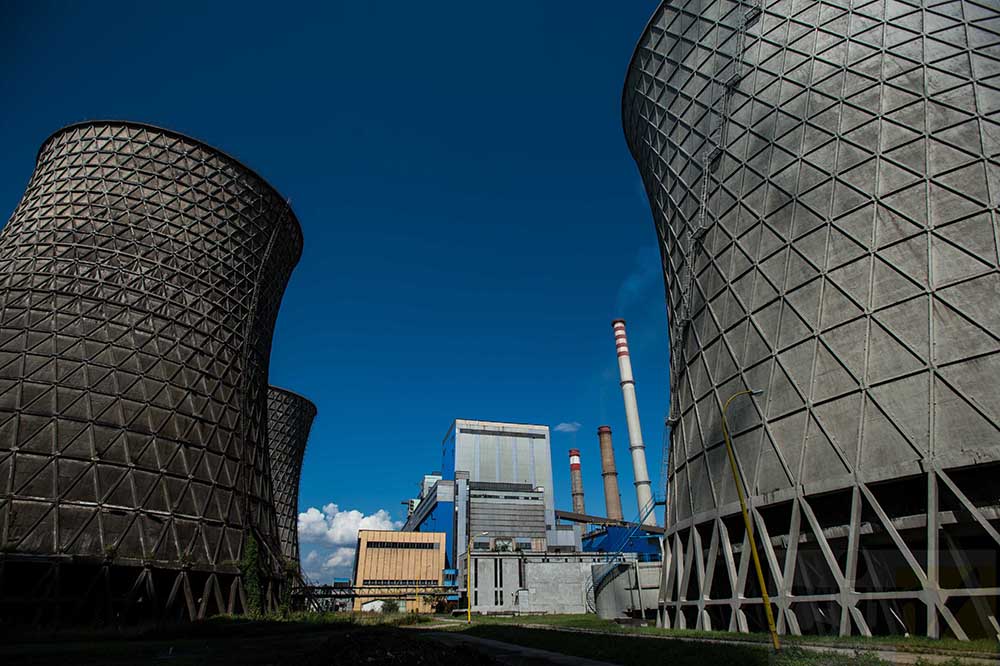 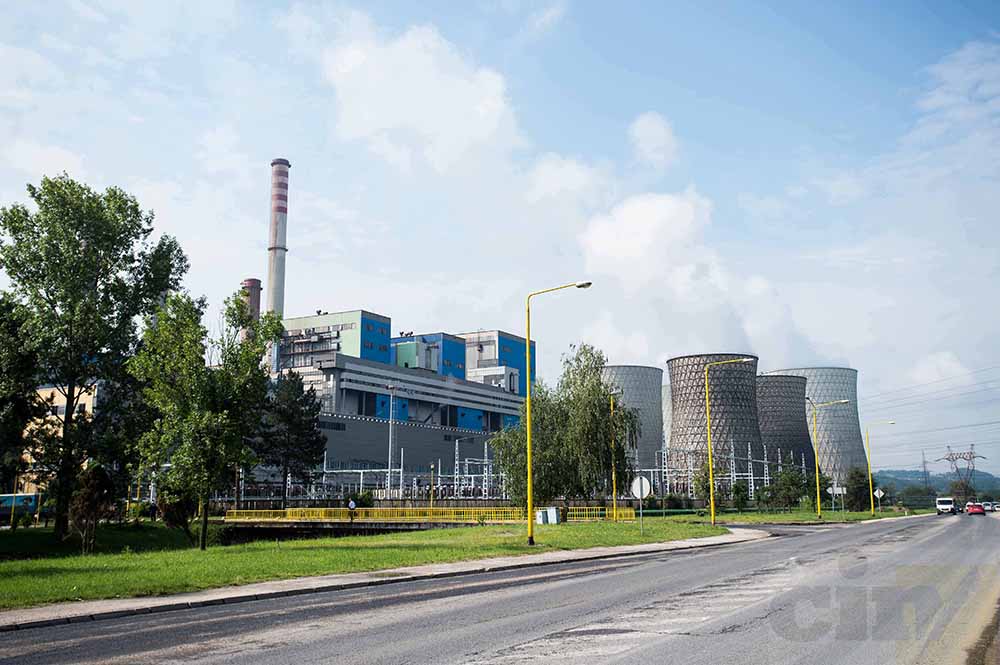 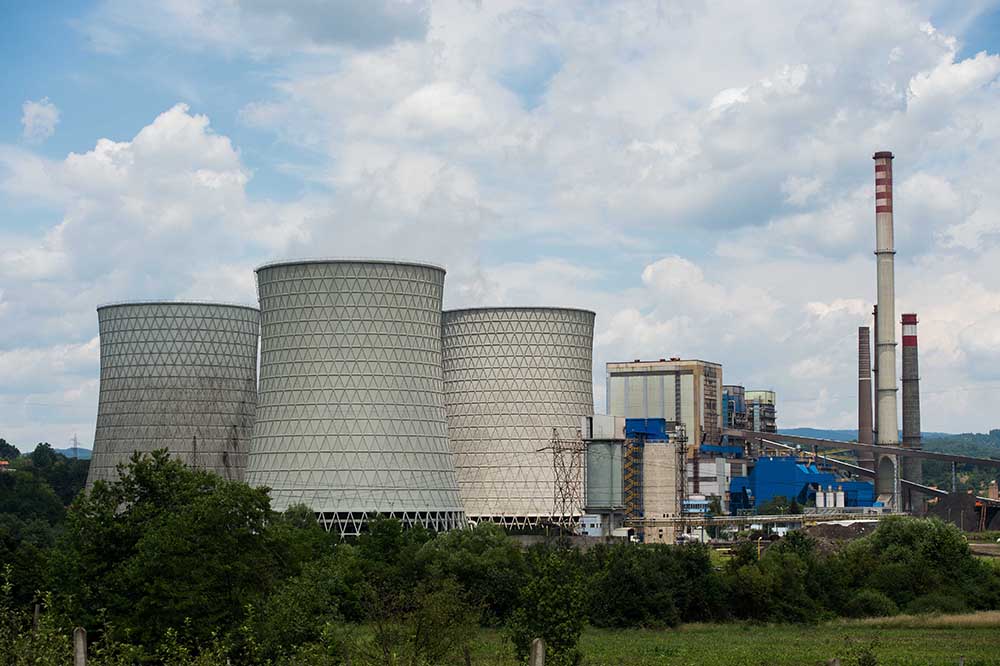 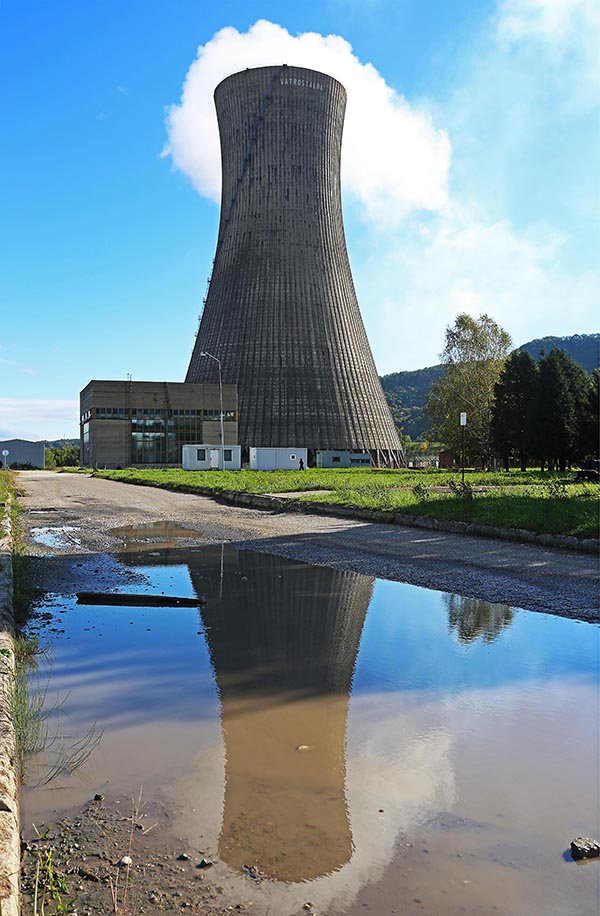 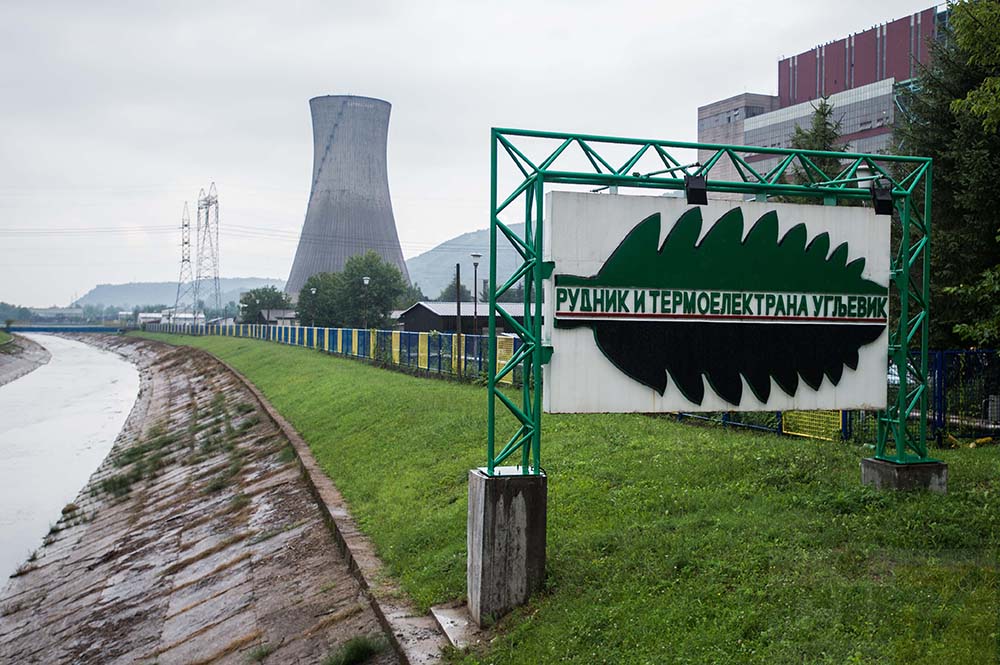