The Assembly of Zenica-Doboj Canton (ZDC) passed a Law on Salaries and Allowances in Government Agencies to abolish post-term severance for elected and appointed officials.

The Assembly’s chair, the Cabinet’s prime minister and ministers had used the entitlement citing the FBiH Law while they would not be entitled to it according to the cantonal legislation which does not foresee it. Unlike them, the Cantonal legislators have not used it because they could have been hired by the administration.

According to the records collected by the Center for Investigative Reporting in Sarajevo (CIN), four senior officeholders took away more than 85,000 KM in taxpayer money during 2012 and 2013.

“Now we have passed our Cantonal Law,” said the ZDC Assembly secretary Ibrahim Avdagić. “Then we will apply it and simple enough, according to our new law, the cantonal one, they will (receive) no entitlement.”

Severance entitlement allowed presidents, prime ministers, ministers, their deputies and advisors, as well as legislators, to continue receiving their salary after their term ended.

This entitlement had not been debated much in public until February 2014, when demonstrators took to the streets to protest inefficiency of bureaucracy and called for the abolition of the entitlement. Zenica-Doboj Canton is the fifth Canton in the Federation of Bosnia and Herzegovina (FBiH) to abolish the entitlement. Tuzla, Una-Sana, Bosansko-Podrinjski and Sarajevo Canton had already done it. Officials at the state level are also not anymore entitled to pay without work.

Wherever this allowance is still in force, office holders may receive the unearned salary until they find a new job or retire. They receive severance even if they were dismissed or have spent just one day in office. There’s also no cap on the number of times a person may use the entitlement.

During the previous years, CIN has done several investigations related to the topic and published a database that shows how 476 officials collected at least 8.5 million KM over six years. 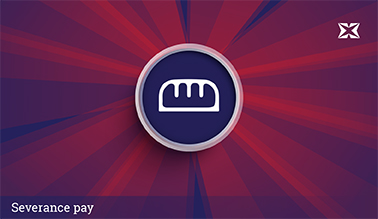 These are not complete records, however, because some institutions have never responded to CIN’s request for information, ignoring their obligations set out by the Law on Freedom of Access to Information. Some agencies responded in a vague and incomplete manner.

CIN reporters uncovered how at least 15 officeholders took the severance two or three times – in other words, some of them were paid for two years without having to work.

No Free Lunch for Outgoing Officeholders

There are no clear criteria for awarding the severance or oversight of the entitlement – thus, some officeholders who were supposed to retire have received it, just like the owners of companies earning millions in annual revenue.