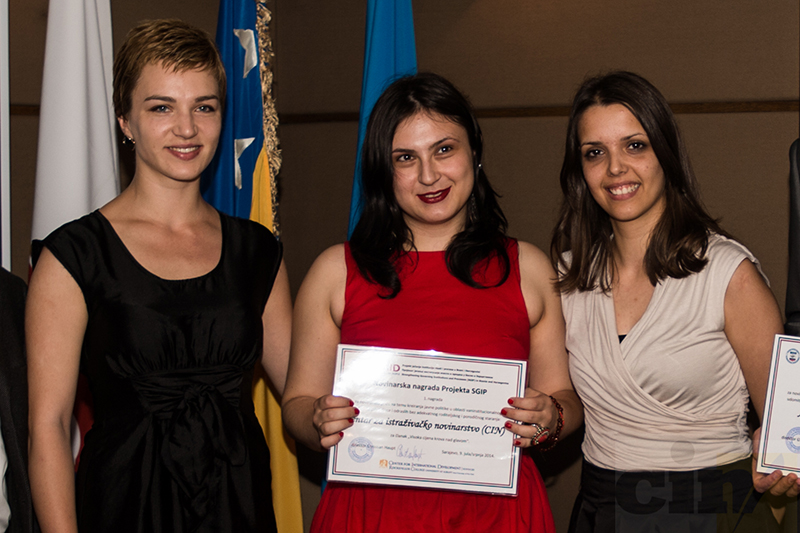 CIN reporters Jovana Kljajić, Maida Salkanović and Sadeta Fišić are winners of a international award for investigative reporting from the CEI (Central European Initiative) and SEEMO (European Meadia Organization for South East Europe). Their story about foster families received the award in the category of young professional reporters.

“The three young reporters dealt with a sensitive and problematic subject – the mistreatment of children in foster families – with courage, accuracy as well as great investigation and research efforts. The publication of the story caused a reaction in the public and the reporters received some threats. Nevertheless, they decided to continue their investigation and are currently working on a follow-up“, read a SEEMO press releaase.

Foster Care According to One’s Conscience

CIN’s story The Dear Cost of Having a Roof over your Head was published this April. The reporters have already been honored for the story by USAID, and the story helped in drafting public policy on fostering in the Federation of Bosnia and Herzegovina.

This year’s main award in the category of professional reporters went to Brankica Stanković, the editor of the program “Insider” at Serbian television B92.

This year, 38 nominations from 14 countries were submitted. The awards, as well as a special mention to Ukraine journalist Anna Babinets, will be given out in Skopje during the SEEMO Forum on Oct. 16 and 17 of this year.